Heritage Unlimited were instructed to provide a setting assessment to overcome the conservation officer’s objection to the development of two port framed industrial buildings land designated in the local plan for this use.

Kingsclere Business Park was developed in the mid-1980s on land that was previously agricultural land forming part of Coldridge’s Farm and is located to northeast of the historic town of Kingsclere in Hampshire.

In 2002, planning permission was granted for the restoration and conversion of a grade II listed barn along with the development of four, two and half storey office blocks of brick construction.

The barn was restored and only two of the four blocks were built.

In 2019, an application for the development of six industrial units formed in two blocks of portal frame buildings clad with metal sheeting was submitted. The units were to be developed on vacant land to the north of the business park and designed for this industrial use. 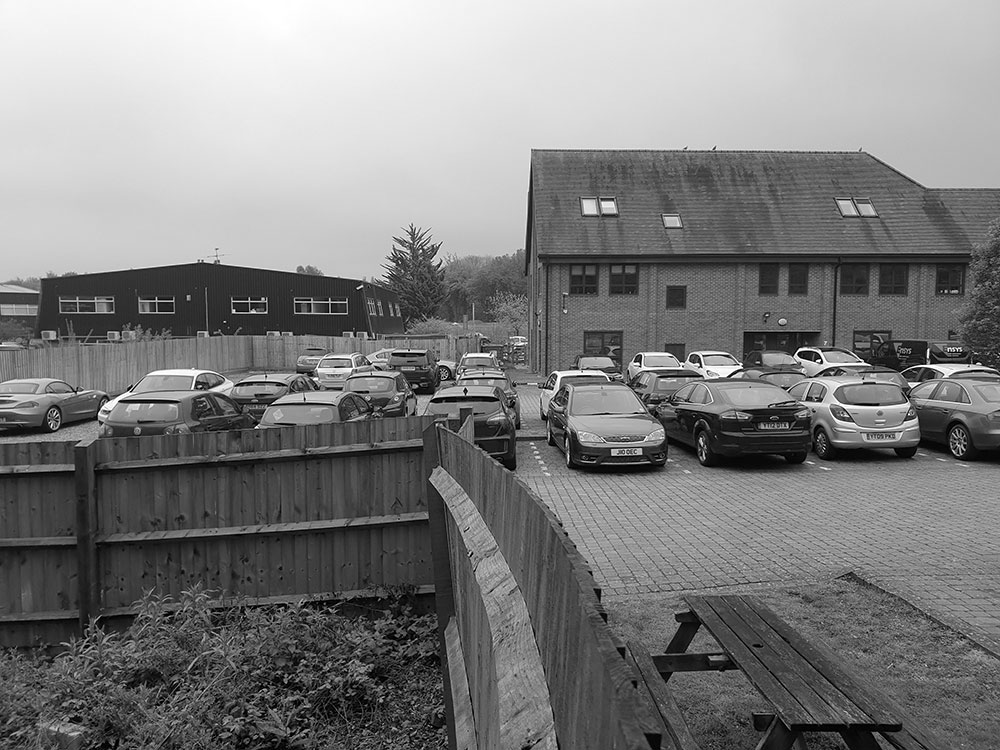 The planning agent submitted a combined Heritage and Planning Statement, which identified the development was on an area with an extant permission for the two undeveloped blocks granted permission in 2002.

The local planning authority’s conservation officer in their consultee response acknowledge the principle of development was acceptable due to the extant permission but considered the development would not preserve or enhance the significance of the grade II listed barn as the design of the units did not respond to its setting and would contrast sharply with that of the barn. However, the conservation officer appreciated the significance of listed building had been harmed by the development of the industrial estate at Kingsclere Park, and its conversion to office use but felt the proposal would exacerbate this harm, by virtue of their location within the immediate setting of the listed building.

Our report provided a methodology on how we had conducted the assessment and provided a descriptive and illustrative account of the site’s morphology with the use of  historic maps, satellite image and historic ariel images. This provided context for a baseline to assess the proposed development and its harm to the setting of the listed barn.

The view and setting analysis were carried out using Historic England’s Good Practice Advice 3, The Setting of Heritage Assets: Historic Environment Good Practice Advice in Planning 3 (2017). The document notes a staged approach to proportionate decision-taking, with relevant National Planning Policy Framework (NPPF) paragraphs along with guidance contained in the National Planning Practice Guidance (NPPG) for their implementation, providing the framework for the consideration of changes affecting the setting of heritage assets which should be assessed proportionately and based on the nature, extent and level of the heritage asset’s significance.

As such, the baseline for which harm to the significance of the listed building (NPPF paragraphs 193-196) and the statutory test provided by section  66(1) of the Planning (Listed Buildings and Conservation Area) Act 1990 (PLBCAA) should be assessed against was the extent permission and the undeveloped context of the site. Therefore, the proposed development would replace a building which could be built and in turn the harm to the setting of the listed barn would be negligible (NPPF) and the proposal would preserve the setting of the listed building (PLBCAA).

The NPPF requires public benefit to outweigh less than substantial harm caused by a development to the significance of a designated heritage asset (NPPF para 196) and whilst this proposed development did not need to find this to overcome the harm the scheme had public benefit as it removed the harm caused by the extent permission to the setting of the listed building.

It is also worth noting that the extant development was granted planning permission before the introduction of the NPPF and at the time of the 2002 application there was only a need for that application to meet the requirements of section  66(1) of the PLBCAA as well as local planning policies.

Following the submission of our Setting Assessment by the client’s planning agent, the conservation officer reviewed their consultee response, providing the following comment to the case officer, “The submitted heritage statement produced by Heritage Unlimited is comprehensive. In view of the extant planning permission on the site, it is considered no longer sustainable to maintain an objection to the proposals on Heritage grounds.”