Whilst such assets are not given statutory protection, paragraph 197 of the National Planning Policy Framework (2019) requires the effect of an application on the significance of a non-designated heritage asset should be taken into account in determining the application. As such, a Heritage Statement is required to support a planning application.

The current use of the hall is as a care home for the elderly and the proposed works were to demolish a large portion of the hall and develop a new home in the grounds of the hall. The retained element of the hall being adapted and reused as a nursery.

The current Dudbrook Hall dates to the 19th century and comprises of several development phases. However, the history of the site can be traced back to the 11th century when the site formed lands for the Manor of Navestock which was owned by the Dean and Chapter of St Paul’s. In the 16th century, King Henry VI obtained the manor and in 1554 Queen Mary I sold the manor to Sir Edward Waldegrave, one of her chief advisors, a member of the Privy Council and the keeper of the great wardrobe.

The Waldegrave’s like the manor have a long history, descending from Sir Richard Waldegrave, Speaker of the House of Commons from 1381 to 1382. The family were conferred the title Baronets of Hever Castle in 1643 and then Baron Waldegrave in 1686. In 1729 the family were elevated to Earl’s, a title still extant with the family’s principal seat being Chewton in Somerset, a property given to Sir Edward Waldegrave by Queen Mary I.

In 1811 the Waldegrave’s made Dudbrook Hall their Essex residence when Navestock Hall was demolished. Not much is known about Dudbrook Hall before 1811 apart from the plan form shown late 18th and early 19th century maps.

Following the death of the 7th Earl Waldegrave in 1846, he left his entire estate –  Dudbrook Hall, Strawberry Hill House and Chewton House – to his wife Frances.

Frances restored Strawberry Hill and made this her principal residence in 1861.

Work to remodel Dudbrook Hall appears to have taken place when Frances was living at Strawberry Hill. Of the development phases to Dudbrook, there is one phase which is of particular significance. In 1870s, Frances engaged the architect George Devey to carry out works at the hall.

Devey was a Victorian architect who specialised in domestic architecture, lodges, cottages and country mansions and worked almost exclusively for large country landowners. Amongst his list of clients was the Rothschilds.

Devey, was a was a pioneer of the revived interest in English vernacular architecture. His cottages at Penshurst were seen and sketched by William Eden Nesfield and Richard Norman Shaw in 1860 and so probably influenced their creation of the ‘Old English’ style in the late 1860s and 1870s, which had a decisive impact on English domestic architecture.

When Frances died in 1879, Dudbrook Hall and Chewton were left to the Waldegrave family and Strawberry Hill, which had been her principal residence with her fourth husband, Lord Carlingford, was sold. 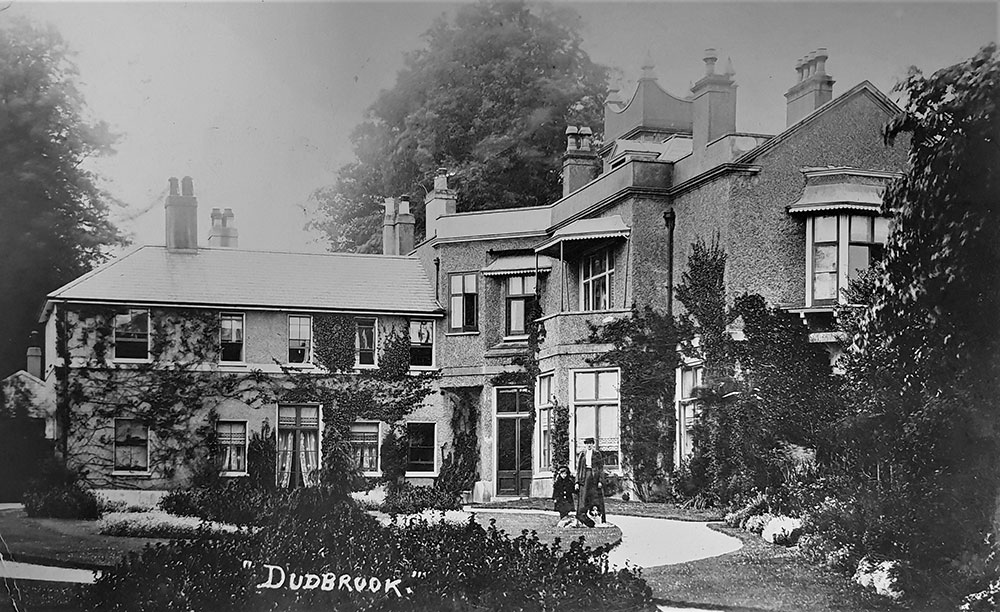 The Waldegrave’s sold Dudbrook Hall in 1898 to James Tabor of Rochford and in 1919 the hall was purchased by Walter Tyser, a German immigrant who had leased the property since 1911. Under his ownership, changes to the Hall were carried out in 1921, which largely related to internal reordering and extending the building.

With the onset of World War Two, Walter Tyser and his family were interned due to his German nationality and Dudbrook Hall was requisitioned by the War Department. Between 1941 and 1945, Dudbrook Hall was used by the Royal Air Force.

Walter Tyser and his family never returned to Dudbrook Hall and the building had several post-war owners including the Church Commissioners in 1955 and for a brief period the hall was owned by East and West Ham Borough Council. The hall was also owned by Martins Newsagents and the pharmaceutical company May and Barker before it was purchased in 1984 by the present owner, St Michaels Homes who converted the Hall into a care home for the elderly. 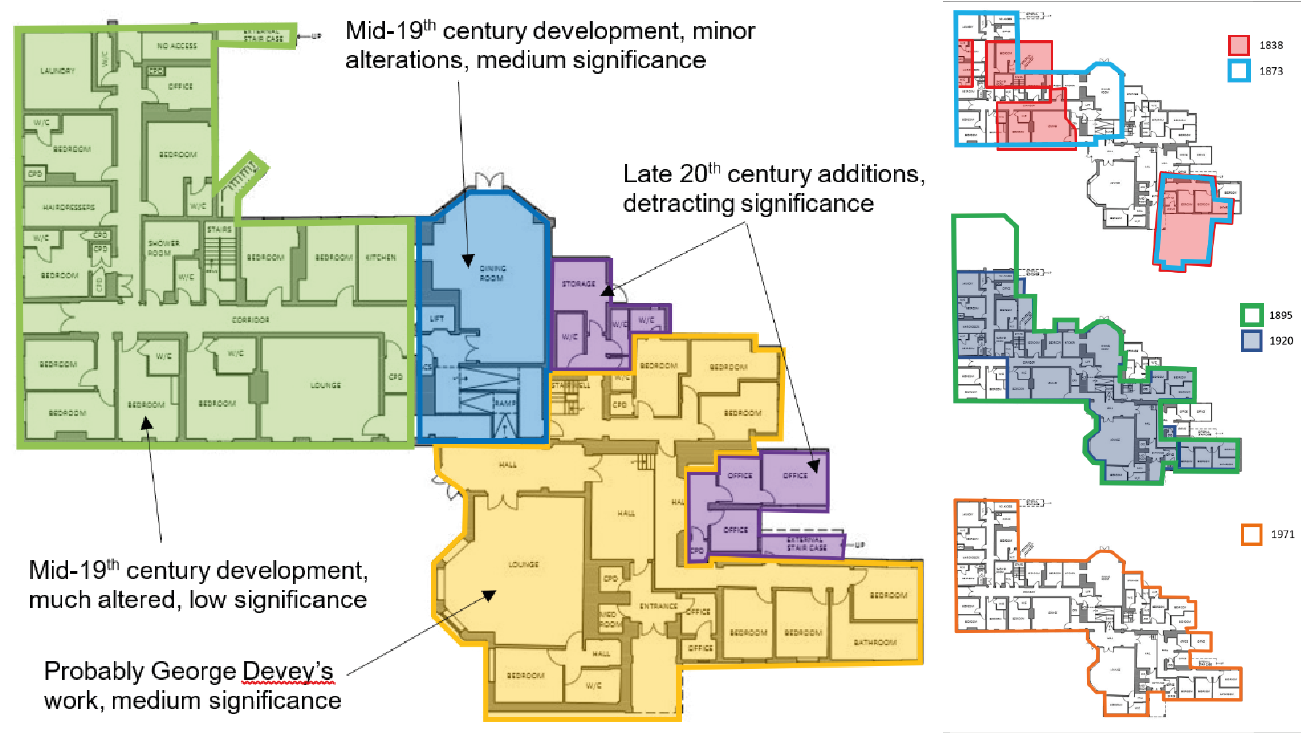